Friday November 21st the finals of the Entrepeneurs without borders Business Plan Competition were held in the Van Nelle Factory in Rotterdam! With our initiative to restore coral reefs we participated in this event. We presented our new CoralGardening logo designed by Vera Geers – Weergaloos. 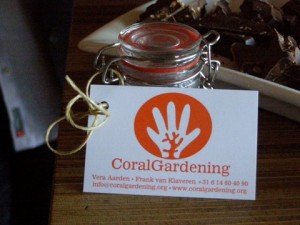 In a boxing ring we battle our pitches in front of 5 members of the jury and big audience. CoralGardening was up against Sivan Breemhaar – Afriek in the first round. A feared opponent who makes colourful African design jackets for men. 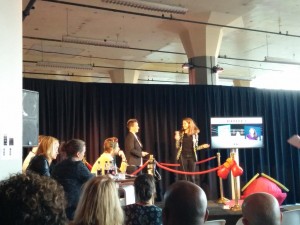 Vera and Sivan battling in the ring

Vera spoke from her heart full of passion and did very well. After 5 pitches (25 secondes eachthe jury and audience asked some more in-depth questions. After the battle between CoralGardening and Afriek the other finalists followed.

After the boxing ring we pitched in the Dragons’ Den. 14 investors listened to our presentation which was a great experience.

Straight after the Dragons’ Den we hurried back to the stage we’re the winner was about to be announced. Jury-winner was Pectcof. Then it was time for the audience awards. CoralGardening was the favourite of this Entrepeneurs without borders Competition 2014! What an honour. The prise is media-attention in OneWorld, coaching by experienced entrepeneur Dirk Terwel and a goodie-bag with products from the finalists in the 2013 edition. 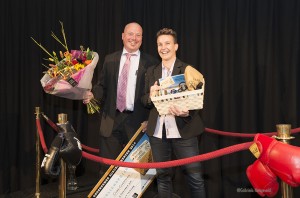 Later that evening the finals of the Get in the Ring 2014 were held. The concept of international finals was comparable, though there was a lot more audience. 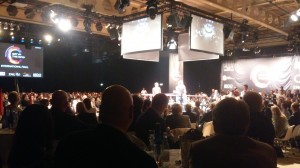 E-Fisheries won the finals of Get in the Ring 2014! 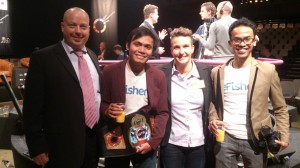 The winners of the finals!

CoralGardening is starting in Thailand in april 2015. Do you want to be part of coral reef restoration by CoralGardening, check Help.
Kinds regards and happy greetings!