No big concrete blocks, but reefs that are directly attractive to dive for.
Koh Tao, an island in the gulf of Thailand where the tourism is flourishing. Her many diving- and snorkel-locations, in combination with low prices, makes this island an ultimately soothing location to gain a divers license. This is done yearly by many tourists, which brings along consequences for the local coral reefs. A motivated group of students from Wageningen will compete with seven other student teams from the Netherlands for the 1% Student Battle, as to give the project CoralGardening a boost.

Team Reefolution strives for healthy oceans, do you too?

In the last years, Wageningen University has become acknowledged for their focus on sustainability, nature and the improvement of life environment. And this draws a lot of students that are interested and engaged with these topics.
Under the name of ‘ Team Reefolution’  the students from Wageningen Justin (business- and consumer sciences), Martijn (nature conservation), Joyce and Bas (both marine resource management) participate in the ‘1% Student Battle’ . In this student competition eight teams work on each a different project. This will proceed by the solving of a problem, and partly by setting a crowdfunding campaign.

All eight projects will be applied in developing countries to improve life locally or globally. Despite the diverse backgrounds of Team Reefolution, they are all aware of the relevance of coral reefs for the health of the ocean. This is also the reason that they participate at the Student Battle with the project “CoralGardening”, that wants to introduce artificial coral reefs in Thailand in an attractive manner.

The Thai island Koh Tao is yearly being submer with tourists from all far corners of the world. Diving is especially a popular preoccupation of these visitors. This leads to disturbance of the natural reefs by the many divers who, often unintendedly, cause harm or pollution. As a result the reefs decline and some shores are full of waste, including plastic and glass. Because there is no system of packaging deposit money on Koh Tao, and the costs for the deposit of glass are very high, there is a large trash problem on the island. 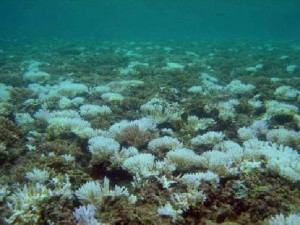 Can an artificial reef be attractive?

CoralGardening is a project that is founded by Frank van Klaveren and Vera Aarden. With CoralGardening, they will be occupied this fall on Koh Tao with the planting of artificial coral reefs as to decrease the pressure on the natural reefs and create new reefs as well. The regular way for the establishment of artificial reefs is by making use of large blocks of concrete that are placed in the ocean. However, because of the low growing rate of the coral it takes a long time before the reefs are attractive.

CoralGardening aims to establish coral reefs that are directly attractive to divers. This will happen by placing sculptures under water on which coral can grow. Tourists will be engaged in the creating of these sculptures through creative workshops, and will be able to place these themselves as to contribute in the improving of reefs and become aware of the necessities of artificial reefs.

To make CoralGardening a success, there will be searched for the most sustainable, locally acquirable, and low-cost materials to produce the sculptures. In this way, the impact on the environment will be minimalized and the sculptures are produced in a most efficient way.

Team Reefolution is able to use the knowledge out of their studies and their enthousiasm to help CoralGardening. They will search for possible resources where the sculptures and objects can be produced in an ultimate sustainable way, and the tourists can indeed be involved in the process. Additionally, they will start a crowdfunding campaign to support the project. Did you also gain enthusiasm for this project and the improvementof coral reefs?
Support the campaign, Team Reefolution still has two weeks to win the battle! 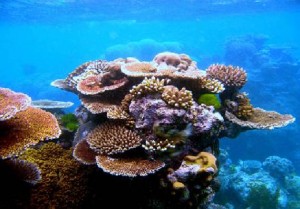