Destructive fishing practices result in damage to either the fished habitat or the primary habitat-structuring organisms in that habitat, and include such well-known problems as blast and cyanide fishing and “drive nets”. The explosion in blast fishing shatters the stony corals and kills fish and invertebrates in a large surrounding area. Over time, blast fishing damages the whole reef and thereby destroys the resource base of many subsistence fishers.

Poison fishing uses cyanide in concentrations that are not meant to kill but only tranquillize the fish, facilitating their capture. The cyanide is squirted into the reef cavities, often breaking branching coral to get to the hiding fish. In the process, corals come under severe stress from the cyanide with many smaller reef organisms often dying from overdoses. Corals that are repetitively subjected to cyanide die. 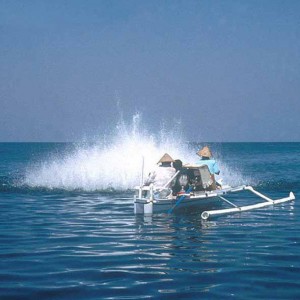 Cyanide fishing is a method of collecting live fish mainly for use in aquariums, which involves spraying a sodium cyanide mixture into the desired fish’s habitat in order to stun the fish. The practice hurts not only the target population, but also many other marine organisms, including coral and thus coral reefs. 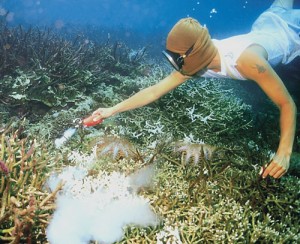 Net of fisherman get stuck on coral reefs, damaging the reefs. When the fisherman cuts their nets, they still catching fish. 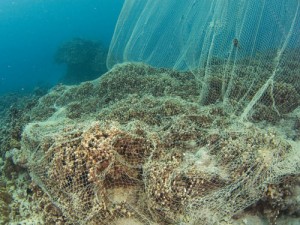